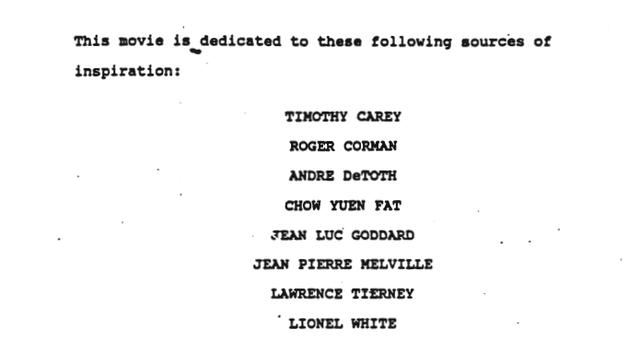 Quentin Tarantino Tells You About The Actors & Directors Who Provided the Inspiration for “Reservoir Dogs” — openculture.com

Quentin Tarantino has never been one to shy away from sharing his views on filmmaking with the public, and we’ve previously written about his 2008 and 2012 lists of the greatest movies ever made. Even a casual comparison of his 2008 and 2012 picks, however, shows that the onetime video store clerk’s tastes are liable to change over time. When making his directorial debut with Reservoir Dogs (1992), Tarantino made another list; on the second page of the script, under a heading marked “Dedicated to:” Tarantino enumerated the actors and directors who had inspired him to make what Empire Magazine would rank the greatest independent film of all time.