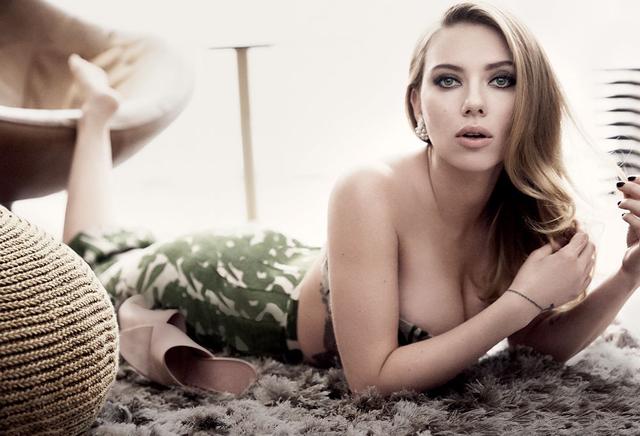 Scarlett Johansson by Craig McDean for Vanity Fair May 2014 — photovide.com

Scarlett Johansson – Craig McDean Photoshoot 2014 Scarlett Johansson (born November 22, 1984) is an American actress and singer. Johansson made her film debut in the 1994 film North and was later nominated for the Independent Spirit Award for Best Female Lead for her performance in 1996′s Manny & Lo. Johansson rose to fame with her roles in 1998′s The Horse Whisperer and 2001′s Ghost World.She made the transition to adult roles with her performances in Sofia Coppola’s Lost in Translation, for which she won a BAFTA Award, and Girl with a Pearl Earring, both of which earned her Golden Globe Award nominations in 2003. A role in A Love Song for Bobby Long earned her a third Golden Globe for Best Actress nomination. Following an appearance in The Island, Johansson garnered a fourth Golden Globe nomination, for Best Supporting Actress, for her role in Woody Allen’s Match Point. She followed that with another Allen film, Scoop, with Hugh Jackman. A role in Brian de Palma’s film noir The Black Dahlia was followed by a second role opposite Hugh Jackman in The Prestige, also starring Christian Bale.