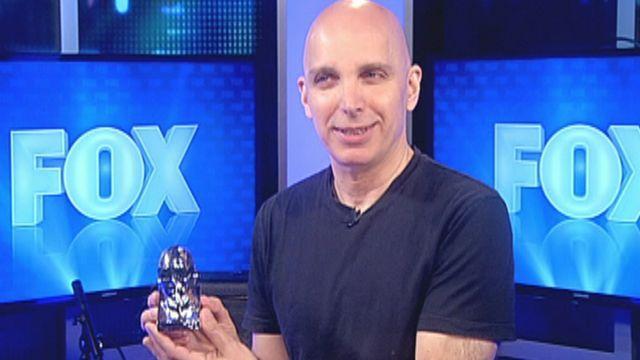 Guitar giant Joe Satriani came by the FOX411 studios to celebrate the release of his career-spanning box set The Complete Studio Recordings by playing his signature barnburning track, “Satch Boogie.” After the smoke cleared, Satch sat down with FOX411 to show us the super-cool limited-edition Chrome Dome USB version of the box as well as talk about his career and his new autobiography, playing live with Mick Jagger, and giving advice for how to avoid projectile drums.