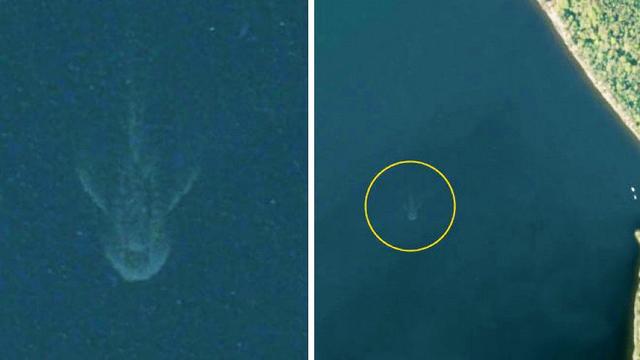 Has the Loch Ness Monster been spotted on Apple Maps? — foxnews.com

Some say the Loch Ness monster has resurfaced in Scotland, based on an Apple Maps image -- but is it a real sighting of the elusive creature or clever marketing? Members of the Official Loch Ness Monster Fan Club claim they have studied an image seen on Apple’s global satellite map application that shows the allegedly 100-foot-long creature, CNet .com reports, citing London’s Daily Mail.  They say if you zoom in on Apple images from space you can even see the monster’s giant flippers.