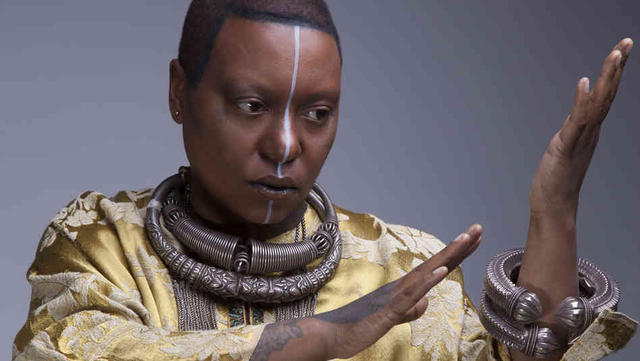 hide captionMeshell Ndegeocello's new album, Comet, Come to Me, comes out June 3. Meshell Ndegeocello's new album, Comet, Come to Me, comes out June 3. "That's how I think of music, is just layers of patterns on top of patterns. And just the emotion of when you say something over and over again, to be understood." Meshell Ndegeocello said these words during a musician's roundtable conversation I hosted in Seattle last month, explaining how she'd created the gravitationally irresistible title track of her 11th album, Comet, Come to Me. The song is a fascinating assemblage of slowly resolving fragments and arcs: a piano line that keeps resurfacing like a little obsession, an oceanic foundation of dub reggae rhythms, a vocal arrangement that tangles Ndegocello's reticent lead and Shara Worden's resolute harmonies until they seem to come from one brain. Ndegeocello builds this moving puzzle to tell a story of love sought, rejected and put aside, but never forgotten. It's as true an expression of day-to-day desire as I've heard in a song.