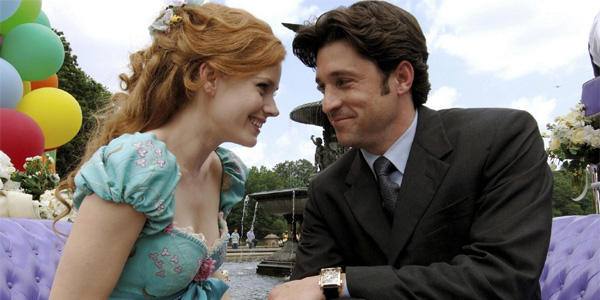 According to Deadline, Enchanted 2 is finally moving forward and has brought aboard two new writers to get it closer to the finish line. Sources have told the site that J. David Stem and David N. Weiss have been tasked by Disney to craft a new story following up with the characters from the original. The two writers began their big screen careers writing the script for The Rugrats Movie back in 1998, and they continued their affiliation with Nickelodeon by also writing both Rugrats in Paris: The Movie, and Jimmy Neutron: Boy Genius. Jonathan Frakes' 2002 sci-fi adventure Clockstoppers was their first time writing for a live-action feature, and they have since followed those titles up with both Are We There Yet? and Daddy Day Camp. Their credits also include both of the Smurfs movies and Shrek 2. It's not exactly the greatest track record established in Hollywood over the last 20 years, but hopefully the folks at Disney know what they're doing.