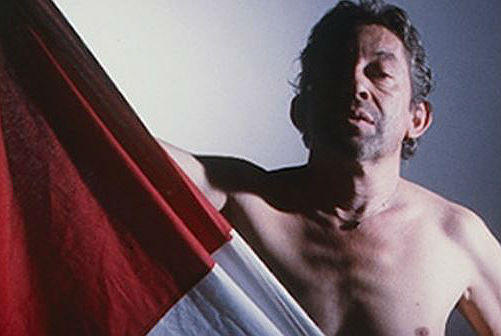 Serge Gainsbourg offended many of his patriotic countrymen in 1979 when he rewrote the French national anthem “La Marseillaise” as a reggae number, “Aux armes et caetera.” The song was the title track from his 13th album, recorded in Kingston, Jamaica, giving him the distinction of being only the second (to Mick Jagger, who dueted with Peter Tosh) major white European performer to record there. Serge did not anticipate the shitstorm that followed the TV premiere of his song, including death threats from nationalists and threats from soldiers to kick his ass if he performed the song in public. The French embassy’s website still has a reference to this controversy: