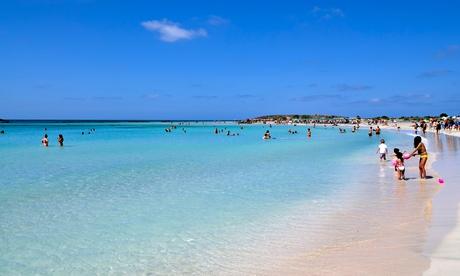 Crete is exceptional in many ways. It is the largest Greek island, has the most diverse mix of landscapes, and stands far to the south of most of the rest of the country. Bits of it are reminiscent of other parts of Greece, but on the whole it stands alone and has its own unmistakeable culture and atmosphere. The north coast of the island is the most populated area, and most well known to tourists. Heraklion (or Iraklion) is the island’s capital and main entry point. A working city, it can be off-putting at first, but it has a world-class museum. Rethymnon and Hania to the west are much more pleasant and retain a distinct Venetian influence. To the east Agios Nikolaos, or Ag Nik to Brits, is one of the island’s major resort, but still retains some character.