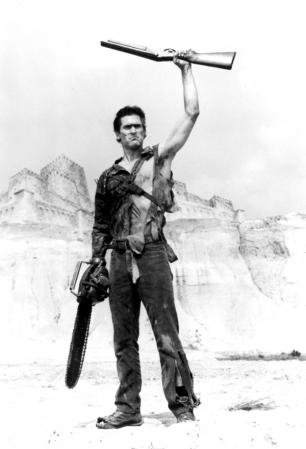 More than three decades after the horror classic The Evil Dead sprang forth from The Book of the Dead to spawn two sequels and a 2013 reboot, the franchise will return as a TV series. The original movie's writer and director, Sam Raimi, has teamed with his brother Ivan and the original trilogy's star, Bruce Campbell, to write the series, according to Bloody Disgusting. More exciting for horror fans is the fact that Campbell confirmed to a fan on Twitter that he intended to star in the series, or at least "that's the plan."

this film is very well