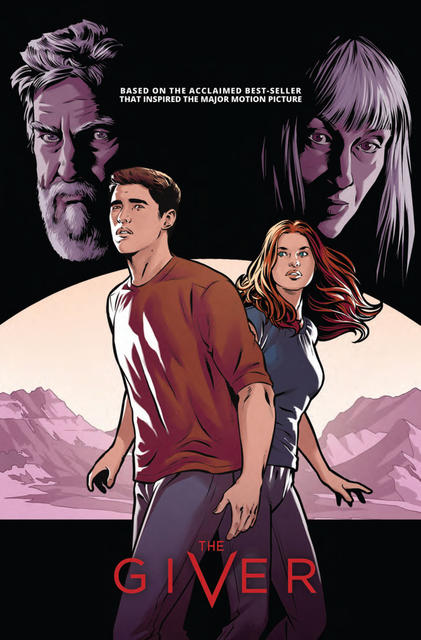 Exclusive: Read 'The Giver' Comic Handed Out At Comic-Con — mtv.com

Fans of Lois Lowry’s award-winning young adult novel “The Giver” are eagerly awaiting the August 15 release of the film adaptation by the same name. We can’t make that release date move any earlier, but what we can do is share a super-cool exclusive comic with you. Those who attended this weekend’s San Diego Comic-Con were treated to a comic book depiction of one of the key scenes from the movie, the first time the Giver (played by Jeff Bridges) transfers a memory to Jonas (played by Brenton Thwaites). The boy, in training to hold the memories — and secrets — of his closed Community, experiences snow for the first time, and suddenly sees the color red. Sameness is the goal in the Community, in an attempt to eradicate jealousy and anger.