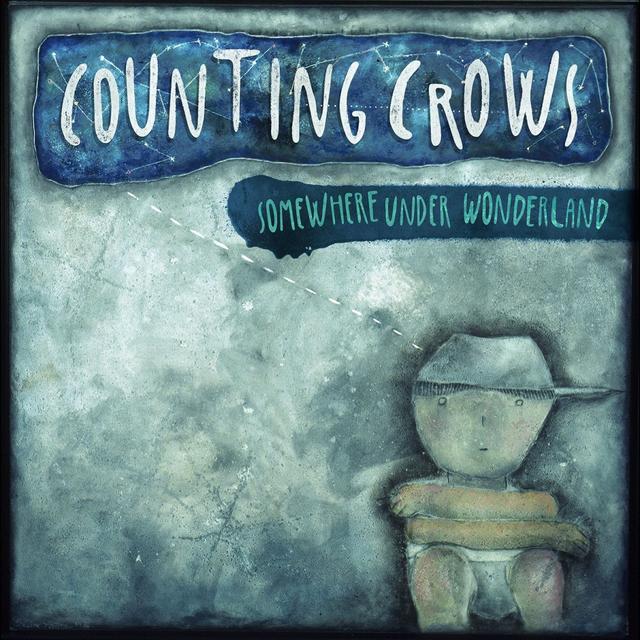 If you ask Counting Crows frontman Adam Duritz what moment catapulted his band to stardom in the mid-‘90s, he won’t mention “stumbling through the barrio” on runaway single “Mr. Jones”. Instead, he’ll tell you the sea change began with a performance of “Round Here” on Saturday Night Live. “‘Round Here’ sums up Counting Crows,” the songwriter explains. “It’s what makes us different from everybody else.” After listening to “Palisades Park”, the eight-minute opener and lead single off the Crows’ seventh studio album, Somewhere Under Wonderland, it feels natural to drift back to “Round Here”, that drawn-out, initial breath off the band’s debut, August and Everything After. The two songs bear little resemblance to one another, but like “Round Here”, which ushered listeners into Duritz’s headspace for the first time through a long, dark patch of silence mercifully punctured by a guitar illuminating droplets of autumn fog, “Palisades Park” acts as a gateway, summoning back through memories via a meandering boardwalk trumpet. And those who tag along through Somewhere Under Wonderland won’t regret the journey.