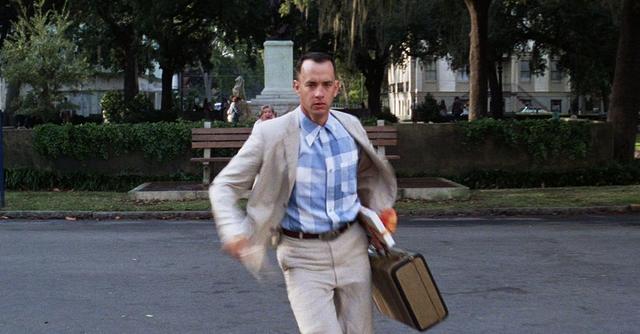 There's a little bit of Gump in all of us. That's why nobody can tug at our heartstrings quite like that sweet shrimp boat captain from Greenbow, Alabama. Forrest Gump is being re-released into IMAX theaters nationwide to celebrate the film's 20th anniversary. The Robert Zemeckis classic not only made its mark on cinema history, but also on the hearts and minds of moviegoers by taking them on a rocky roller coaster ride of tears and laughter.