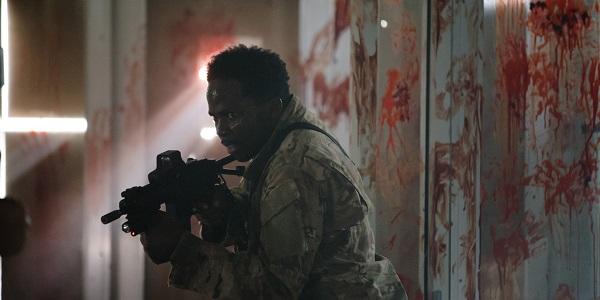 Z Nation is the first foray into longform television series for The Asylum, a company that has built its reputation on churning out low-budget knockoffs of popular movies. (Can you guess what Abraham Lincoln vs. Zombies and Atlantic Rim were sort-of based on?) As such, Z Nation is on a completely different wavelength from Robert Kirkmans walker-filled universe. If The Asylum made some version of 28 Days Later, this first episode, Puppies and Kittens, would be its 28 Weeks Later, hopefully without the eventual rapey vibe.