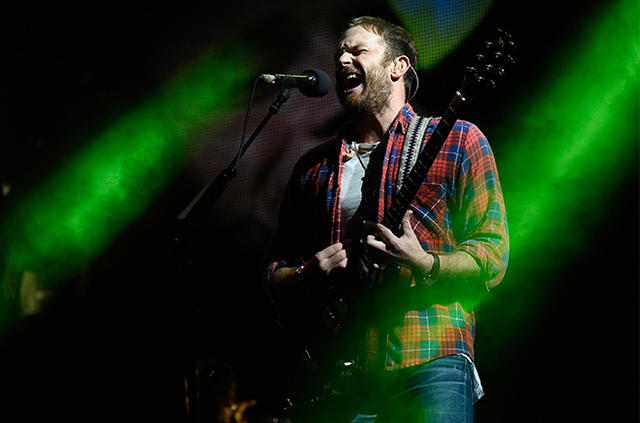 Kings of Leon have been riding the Mechanical Bull tour since February, and when they made their second-to-last U.S. stop Friday (Oct. 3) at the Hollywood Bowl, they couldn't settle for the same-old. Kings of Leon Talk Writing New Music & Covering Robyn In July, the guys announced their Song for the City plan, which involves playing one new song at each tour stop, as requested by fans. Well, their fans couldn't have asked for more than what they delivered: Coldplay's Chris Martin got behind the piano to play and sing on "Talihina Sky," the rarely performed song that inspired the name of KoL's 2011 documentary, and stuck around for "Notion" too.