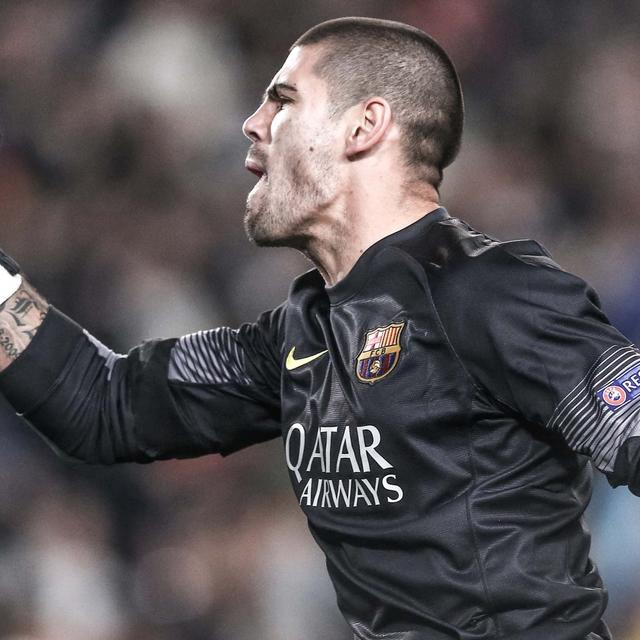 Victor Valdes' agent has rejected claims the Spanish goalkeeper refused to go on trial with Liverpool, saying the story "is false." Gines Carvajal, the former Barcelona stopper's representative, rejected a story originally published by Neil Moxley of the Sunday People, in which his client is said to have turned down a four-day opportunity to prove himself on Merseyside. "Liverpool didn't ask us to train for four days," said Carvajal, reported by Sport and via ESPN FC. "We haven't rejected it because it [the story] is false. Neither Brendan Rodgers nor Liverpool have ever made us this proposal, at any time."