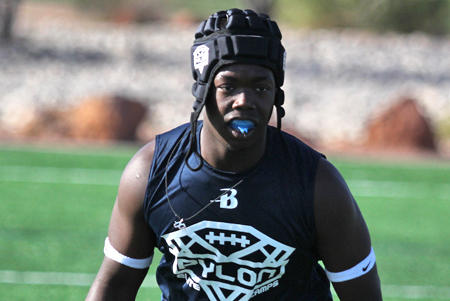 Todd Graham landed a major addition to his 2015 recruiting class Tuesday, securing the commitment of 4-star outside linebacker Khaylan Thomas. A star out of Etiwanda High School in Rancho Cucamonga, California, Thomas chose Arizona State over Oregon, Oklahoma, UCLA and Arizona, among other top programs. He announced the news on Twitter: I would gladly like to finally say that im committed to Arizona state #ForksUp pic.twitter.com/xzGaw6c24Y