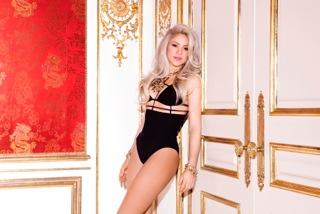 Q4 update: Shakira's got a range of baby toys coming out next month — popjustice.com

‘Pies Descalzos, Sueños Blancos’ hitmaker Shakira is releasing her own line of baby toys in association with Fisher-Price, reports Billboard. The First Steps collection of toys and baby stuff – co-developed by Shakira herself, of course –  will be out in November and includes a bouncer that plays music, alphabet blocks and a musical football in honour of her boyfriend, Gerard Pique (who plays football apparently).