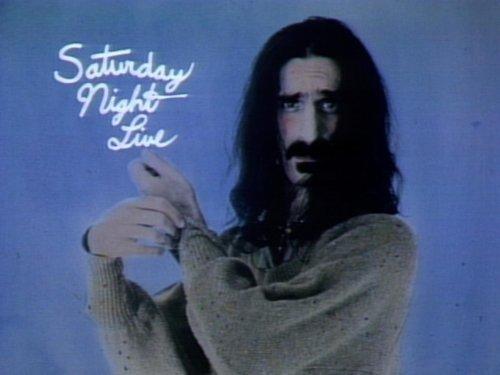 "It's a very difficult thing to do; they never make it easy on anyone who hosts the show. All the direction and attention goes to the sketches. They're not called skits--they become 'incensed' if you call them skits--and it's all designed to accommodate the people who are regulars on the show, so anybody who goes on there to hosts is at a severe disadvantage. Because they never tell you what camera is on, and you're not supposed to memorize your script because they're rewriting right up to show time. And so you're looking at the cue cards, and unless you're used to acting live on TV, you haven't got a prayer; you'll be looking at the wrong camera. It was really hard," Frank told Stereo Review in 1979 about his SNL hosting experience.