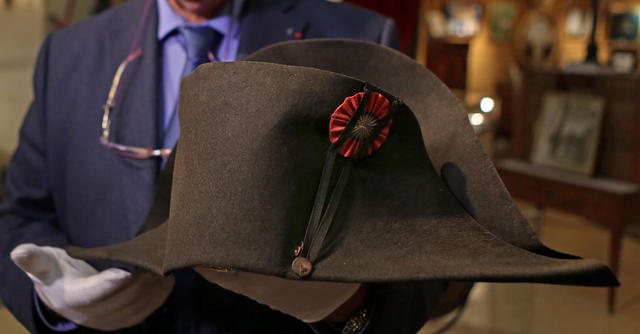 Nearly two centuries after his death, Napoleon Bonaparte's belongings are selling like hotcakes. One of the French emperor's famous bicorne hats sold for 1.8 million euros ($2.25 million) — five times its estimated value — in an auction on Sunday. A South Korean buyer, whose name was not revealed, purchased the black felted beaver fur hat. Other Napoleon-owned items, including stockings and a scarf, were also sold by the Osenat auction house outside of Paris, according to Agence France-Presse.