Last night, motivated by my girlfriend's excitement, I went to a concert by the duo (in fact trio, if we consider the base player) Lamb. I had never heard about them (or perhaps I had, but do not recall) and I did not "study" before the concert.

The benefit of this, is that I entered the concert place (the cult location Magazzini Generali of Milan, Italy) with a very open mind and no preconceptions. This attitude, I am sure, helped a lot in appreciating all I saw thereafter, for the next hour and a half.

Lamb, which apparently has been performing for 20 years or more, stepped on the stage to encounter a rather mind crowd. Among the almost 1000 people, you could spot few who had known and followed Lamb since the start of their artistic career (but I would believe they were less than a dozen or two in total). The rest of the crowd (which surprisingly was made up of totally different demographics) was driven by curiosity much more than actual knowledge of these artists.

When the show started, the first positive impression was given by the simple choreography, the naked stage, and the absolutely evident dichotomy between Andy Barlow (producer and musician) and Lou Rhodes (singer and songwriter). Andy is the devil. Lou is the angel. Together, they instill fire and poetry into the same music piece. Impressive!

Here a picture of them towards the beginning of the concert. 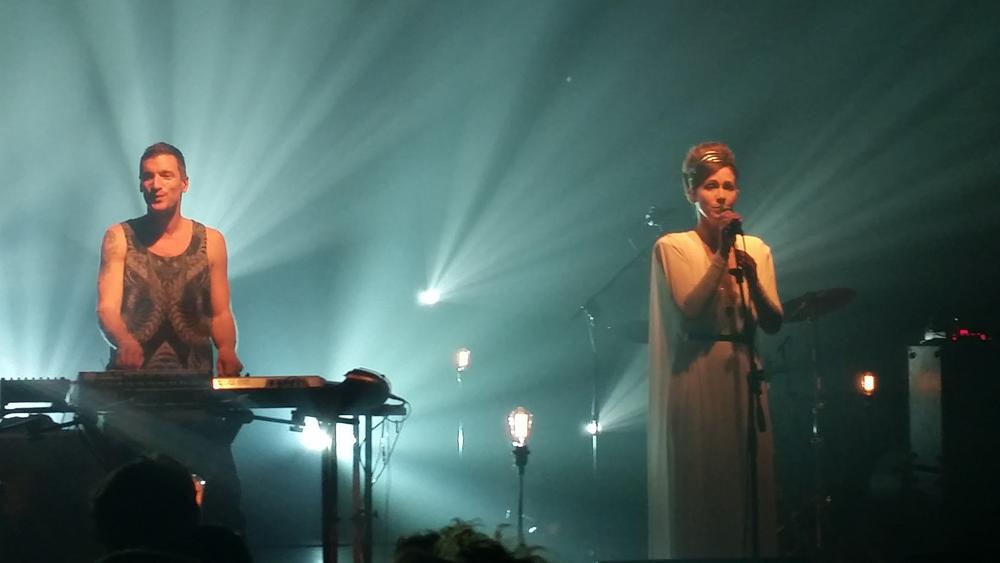 Now, while things started slow with what I'd define as a lukewarm crowd, it took a couple of songs to change that mild attitude into pure energy and rhythmic body moves. By the middle of the concert, people of all ages were sucked into the tunes and the musical atmosphere that Andy & Lou (and the base player; very cool, but cannot recall the name) were able to create so skilfully.

To make the story short, and to show the effect they had on people by the end of the show, here a picture, worth a thousand words. 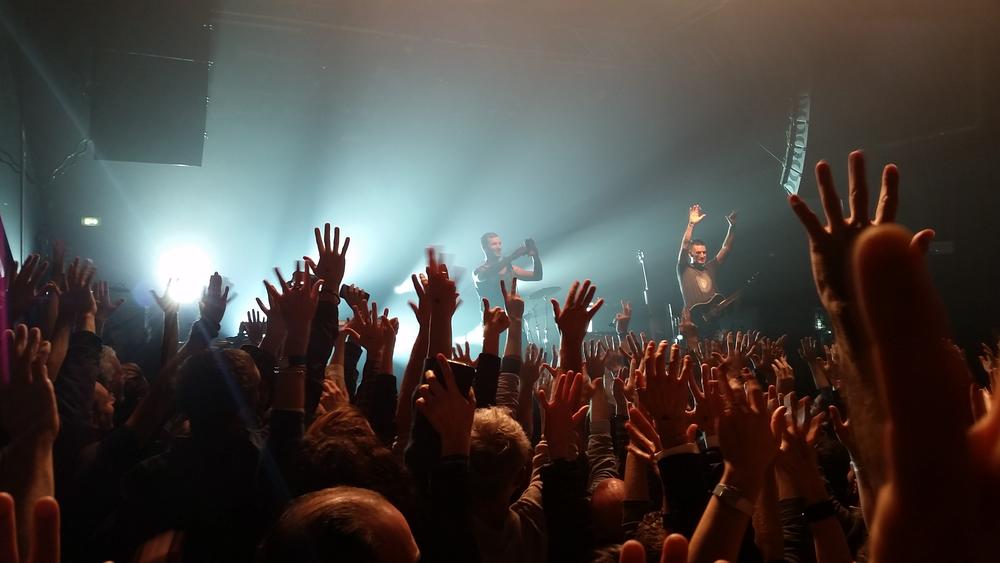 In short, a great surprise discovered last night. Lamb transforms without any doubts from a ToDo to a Like!

Oh come on how could you not know them? Next thing you're gonna rediscover portishead? :)

So lucky! I wish I could see them too.

Just listening to them! Hoping to attend a concert in the future. Great to read your experience!

I've never been on one of their concert, but I bet they're really good! I love them!

riffraff ah ah, no, on Portishead I am well prepared (and I like the comparison, which I did as well during the concert). In life you cannot be an expert of everything, can you? :)

They do sound interesting, thank you very much for this post. I marked them as my next ToDo :) this is fun!

Thanks for your suggestion giudantonio ! I already todo'ed it! From the few songs I've heard, they seem quite good :)

Electronic music is not exactly my cup of tea, but this band seems interesting! Thx!

ciampy73 try listening to "gabriel" and you'll love it :)

OMG I love that song! I just discovered that they are the one who sang it! Wow! Thanks riffraff, now I definitely like them! :)