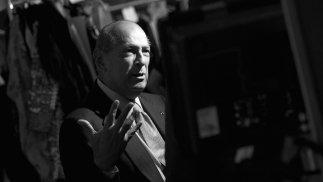 Actor Mordecai Lawner, who played the father of Woody Allen's character in Annie Hall, has died. He was 86. The actor died peacefully on Nov. 27, his family announced.  Lawner is best known for his role as Alvy's Singer's father in the Oscar-winning 1977 comedy Annie Hall. Lawner's character, who lived beneath the Cyclone rollercoaster on Coney Island, is seen in flashback. Lawner also appeared in Ghostbusters II and on an episode of Law & Order. In 1995, he starred alongside George C. Scott in a Broadway production of Death of a Salesman.