From this season the most famous opera house in the world, the Teatro alla Scala, guarantees fun for all the family, even for the youngest audience that has ever set foot in the theatre! Yesterday the glorious opera house was packed with children from 3 years old on, for Gioacchino Rossini’s “Cenerentola” (Cinderella), a production especially dedicated to them. The performance, a 65 minutes adaptation of the original opera (whose length is 2 hours and 30 minutes), tells the whole story narrated by Rossini, without the “recitativo” parts and with highlights of the music that are suitable for such a young audience.

The opera kicked off on November 4th, yesterday it was the second performance, and we were lucky enough to get three seats in the first row of the stalls. It was unusual for me and my husband to enjoy an opera sitting so close to the stage - we’re season tickets holders for the “loggione” (first gallery) since 2005. It was also strange to hear a background of whispering voices during the whole opera (including fastidious wailings of some toddlers): in the “loggione" you can’t dare to sigh or cough without someone who immediately shushes at you like a preschool-teacher does with noisy kids! 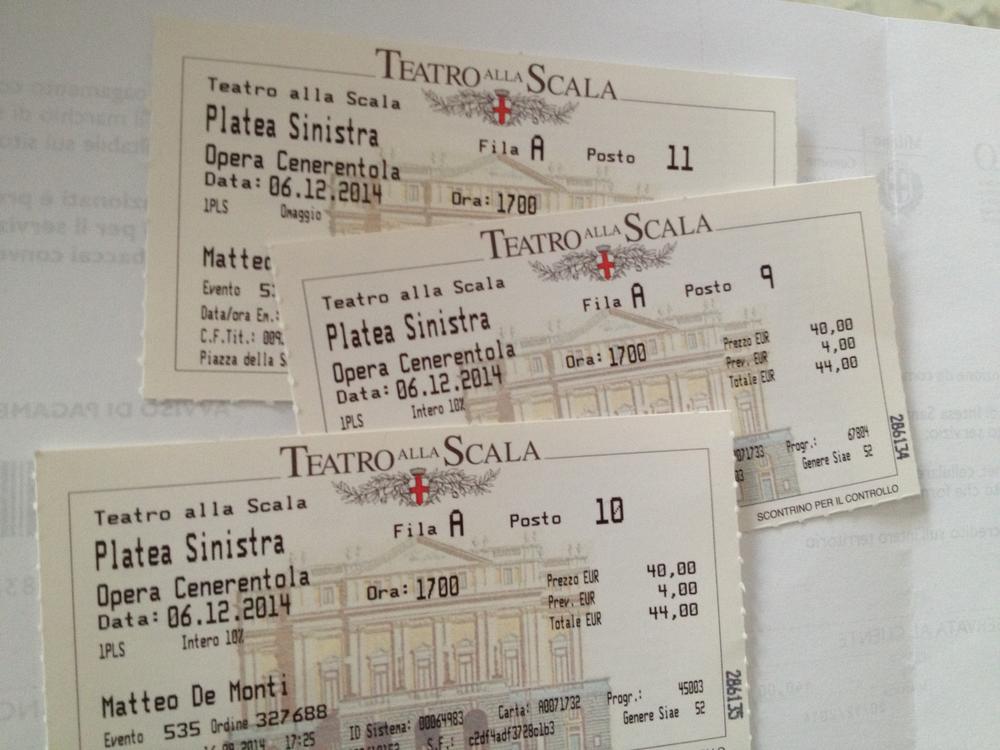 Let’s talk briefly about the story: Cinderella (or Cenerentola, in the opera) lives with her clownesque but wicked stepfather Don Magnifico, and her ugly stepsisters Clorinda and Tisbe. She attends all the houseworks, like in the Disney movie, until the day the philosopher Alidoro knocks at their door pretending to be a homeless and begging for food. The two sisters throw him away, but Cenerentola gives him food. But Alidoro is actually the teacher and counsellor of young prince Don Ramiro, who is looking for a wife, and so he has asked Alidoro to visit houses where young girls live, in order to find him the perfect bride.
The prince decides to throw a big party to invite all the girls in town, and he exchanges clothes with his valet, Dandini, while Dandini acts and dresses as he were the prince. That’s how the prince could observe the behaviour of the girls and chose the best one to marry. The prince and his valet go to Don Magnifico’s house to invite the girls, but when Don Ramiro and Cenerentola meet in the house, it’s love at first sight.
So the party is organized, but Cenerentola is left at home from her stepfather and stepsisters. Alidoro visits her and brings her a beautiful dress, in order to let her go to the party, so no one can recognize her (no fairy godmother in the opera!).
When she leaves the party, the prince is madly in love with her, but Dandini has fallen for her, too. The two stepsisters keep on wondering who is the mysterious dame who has stolen the false prince’s heart and Don Magnifico is very disappointed. Cenerentola leaves the party before everyone, leaving a bracelet to the prince (in La Scala’s production it is the shoe, like in the fairy tale, as not to confuse the young audience, perhaps!). The prince looks for her, finds her, and they live happily ever after.

What could I say about such an awesome entertainment for children? It was marvellous to see La Scala packed up with such young audience. All the artists involved (the conductor, the singers and the musicians) were all from the La Scala Academy. They effervesced with love for music and enthusiasm for their profession, it was a pleasure to see them on stage and in the orchestra pit. Not only was the conductor directing the music, he was, like,… “dancing”!
And at the end, what a surprise for the kids! They could meet their new idols (the singers and the narrator, a famous Italian actor called Antonio Albanese dressed as Rossini himself!), and ask them for autographs and a photo. Cenerentola was surrounded by ecstatic little girls, she was like seeing a pop star with her fans club.
My 6 years old son enjoyed it very much and not only because Rossini’s Cenerentola, together with Donizetti’s L’elisir d’Amore has been one of his favourite bedtime stories since he was a baby. He wanted the autographs of every artist and a photo with few of them. 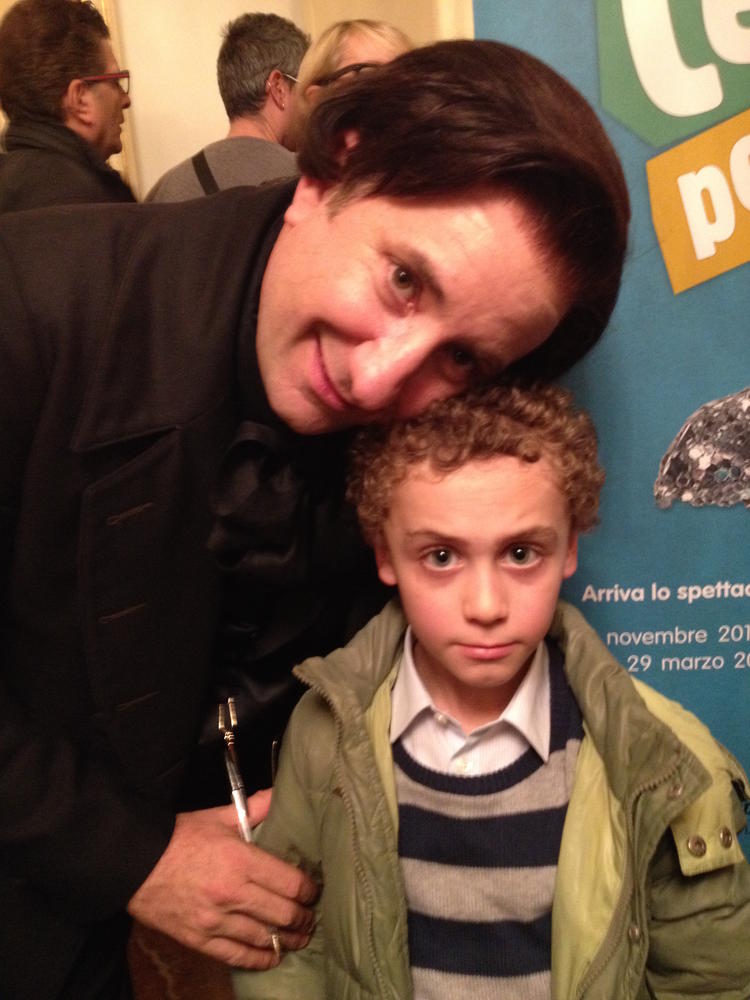 I hope La Scala will continue with these initiatives, it’s very important to grow an enthusiastic audience and it’s kind of a pity to see a majority of people of mature age during the performances destined to season ticket holders. Let’s get children to like opera!

Indeed a great event it seems. Kudos to La Scala and its staff and artists. Lulamy , do you do this at La Fenice? sergiosco , next year you should try to bring your kids too!