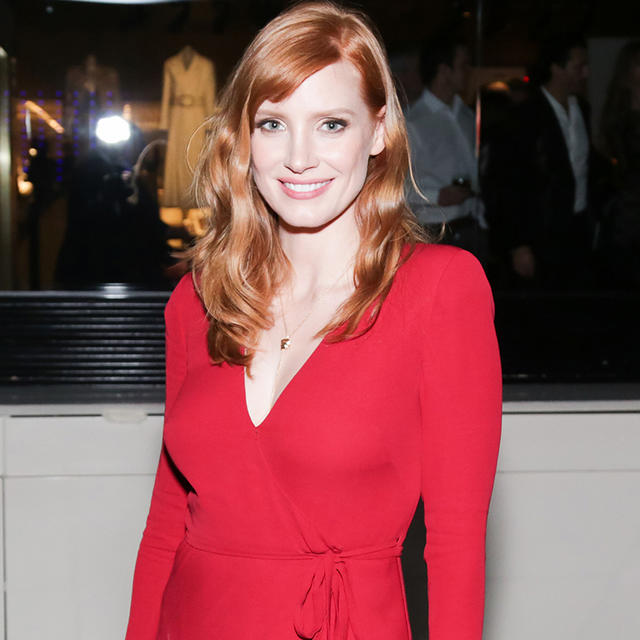 Jessica Chastain will be the first to admit that her character in her most recent film, J. C. Chandor’s 1981-set New York City gangster scheme A Most Violent Year, is at first underestimated. “She’s easily overlooked,” said the actress at the movie’s premiere at Florence Gould Hall Theater last night. “She wants to be with the most powerful man in the room because it is a man’s world—but sometimes, she’s the most powerful man in the room.” This steely resolve set the tone of Chandor’s cold-hearted thriller (opening December 31), which places Chastain opposite her onetime Juilliard pal, Oscar Isaac, as the sharp-edged wife to Isaac’s fast-climbing, American dream–hustling businessman over the course of one of the most violent years in New York City history. The pair is succeeding in the bloody heating oil business—moderating shared ambition in complementary Armani looks—and the path to the top is as rapidly tumbling as it is compromising.