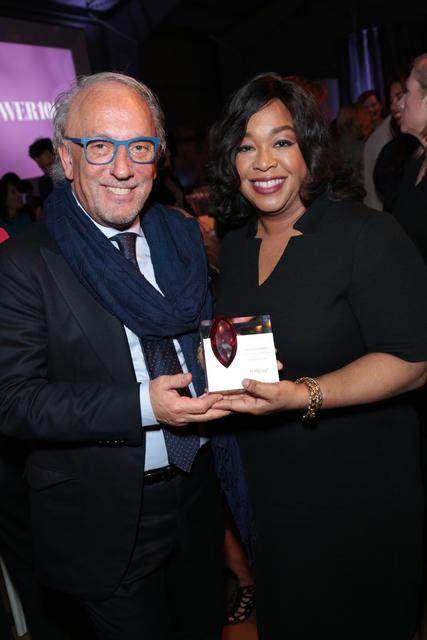 Hollywood’s leading ladies were out on Wednesday morning, December 10th to celebrate The Hollywood Reporter’s Women In Entertainment: Power 100 with a breakfast in Los Angeles, California. This year jewelry designer, Roberto Coin, sponsored the Sherry Lansing Leadership Award, which was received by acclaimed writer of television hits Grey’s Anatomy, Scandal and How to Get Away with Murder, Shonda Rhimes. The Sherry Lansing Leadership Award, which recognizes a woman in the entertainment industry who is a pioneer and leader in the industry, was presented to Shonda by Scandal’s Tony Goldwyn.