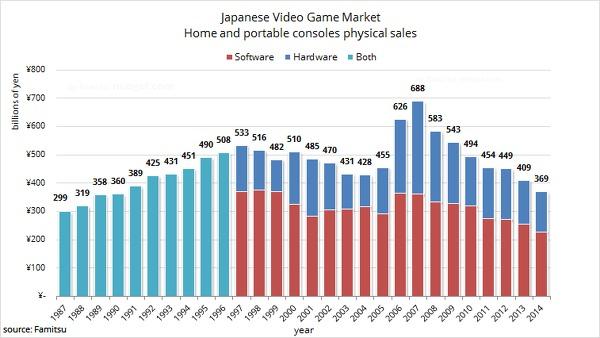 2014 saw Japan's home console and handheld game sales reach their lowest point for 24 years. Has the sun set on Japanese console giants? Japanese gamers bought fewer consoles and physical console games last year than in any year since 1990 - when SNES arrived in the country. Sales figures from Famitsu (translated by NeoGAF) reveal the decline in full - and all despite the launch of Xbox One and PlayStation 4 in Japan last year.