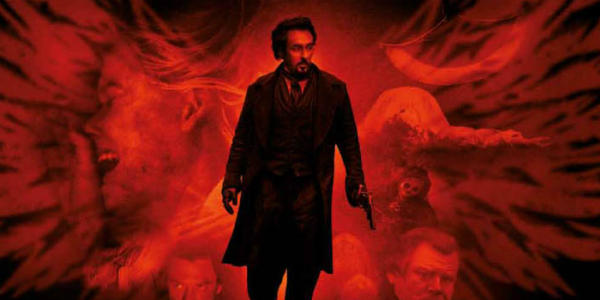 According to Variety, Heimdall himself is producing a new trilogy through his Green Door Production Co. based on Poe Must Die by Marc Olden. Check out the novels summary. Its pretty wacky: It seems like a complex, fantastical thriller with a lot of moving parts  and were so ready to see this! Wed like nothing more than for Elba to play Poe (preferably Poe) or Jonathan, but this guy is pretty busy. Hes currently set to appear in and produce the drama A Hundred Streets from director Jim OHanlon, hell reprise his Thor role for Avengers 2, and hell be seen opposite Sean Penn and Javier Bardem in The Gunman. In addition, hes also set as the voice of Shere Khan in Disneys upcoming take on The Jungle Book, and he has a voice role in the Finding Nemo sequel Finding Dory. If that werent enough, theres also those leaked Sony emails to consider. If theyre to be believed, then he maybe just might become our new James Bond after Daniel Craig finishes his last martini and retires his suave 007 wardrobe. Of course, Craig is contractually obligated to film one more Bond flick after Spectre, so we wont have to worry about that for a little while.