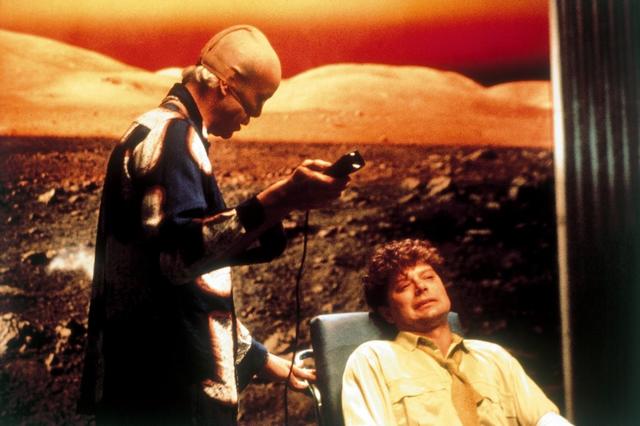 Strong As I Am: Manhunter is the Definitive Take on Red Dragon — shocktillyoudrop.com

“Have you ever seen blood in the moonlight, Will? It appears quite black.”  In many ways, Manhunter feels more essential to Michael Mann’s filmography than any of his cops & robbers street operettas. The first cinematic adaptation of Red Dragon, Thomas Harris’ landmark slice of serial killer pulp, Mann morphs the horrific novel into a procedural focused on the art of detection and the duality of a trained demon hunter. Much how the director is completely transfixed by the blunt craft of the titular cat burglar in his big screen debut, Thief, Mann’s take on Harris’ tale of two maniacs revolves around not only the complex mechanisms of a detective’s mind, but also the rigid primness of a mass murderer’s ritual. Where Vincent Hanna and Neil McCauley are flipsides to a moral coin in Heat, Will Graham (William Petersen) and Francis Dolarhyde (Tom Noonan) could easily swap stations in existence. Their only divide is the barrel of a gun, which Mann’s camera takes more than one opportunity to fetishize and stare down.