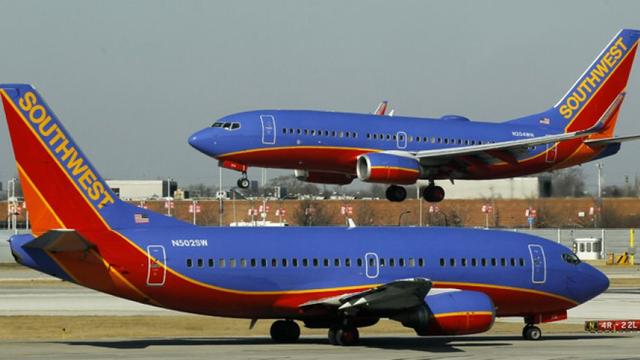 Feb. 9, 2012: A Southwest Airlines Boeing 737 waits to take off at Chicago's Midway Airport as another lands. (AP) Southwest Airlines is being fined $1.6 million for not letting passengers get off planes that were stuck on the ground for hours during a freezing winter storm in Chicago. The storm hit during an increase in employees calling in sick, which the airline has said was widely seen as a protest against stalled contract negotiations.