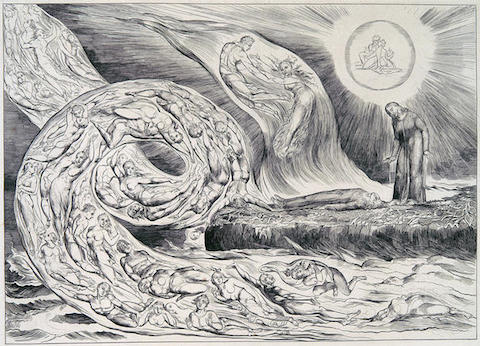 Just over a year ago, we featured John Milton’s Paradise Lost as illustrated by William Blake, the 18th- and 19th-century English poet, painter, and printmaker who made uncommonly full use of his already rare combination of once-a-generation literary and visual aptitude. Blake may have had an obsession with Paradise Lost, as Josh Jones pointed out in that post, but it hardly kept him from illustrating other texts. Today we have his artistic accompaniment to that text that has gone under the hands of Salvador Dalí, Gustave Doré, Alberto Martini, Sandro Botticelli, and Mœbius, to name a few: Dante Alighieri’s Divine Comedy.