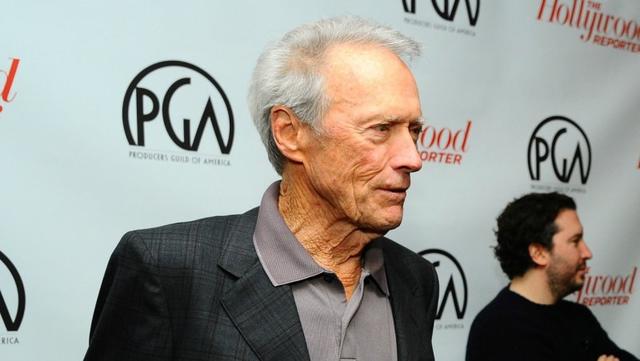 "The biggest antiwar statement any film" can makes is to show "the fact of what war does to the family," Clint Eastwood said at Saturday's Producers Guild Award Nominees Breakfast, which took place at The Saban Theater in Beverly Hills. The Warner Bros. film has become a flash point for heated debate since its wide release on Jan. 16, reeling in praise and sharp criticism for its portrayal of the Iraq War and the decorated veteran Chris Kyle.