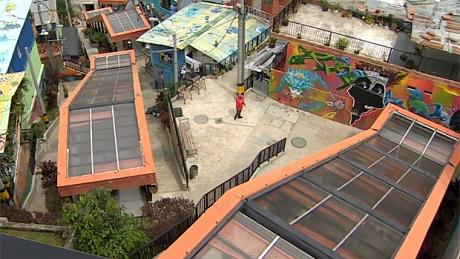 The effectiveness of a city's transit system does not have to be connected to the dollars spent — at least not in the example set by Medellin, Colombia. Brent Toderian, a former Vancouver city planner, considers Medellin a model for urban creativity. Although it was once torn apart by violence and poverty, Medellin has managed to build an extensive transportation system at a fraction of the costs often seen in Canadian cities.