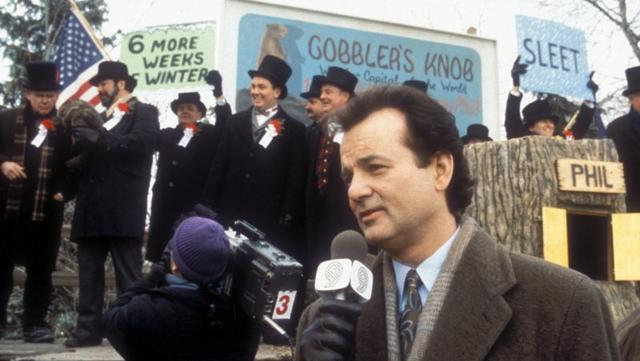 In 1993, Bill Murray lived the same day over and over and over again in theaters nationwide. And Groundhog Day, directed by Harold Ramis, wound up as a commercial success and an enduringly popular comedy. The Hollywood Reporter's original Feb. 8, 1993 review is below.  Columbia Pictures marketing chieftain Sid Ganis must have seen his shadow when he came out this past Groundhog Day, for the marketing/boxoffice prediction reads six excellent weeks of boxoffice for director Harold Ramis' Groundhog Day.