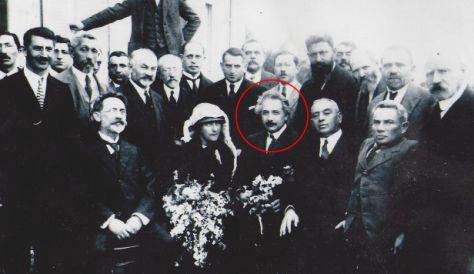 When Albert Einstein was a Holy Land ladies man — haaretz.com

Albert Einstein, the most famous Jewish scientist in history, wrote a letter in 1929 to his friend Chaim Weizmann, an accomplished chemist who would later become Israel’s first president. But their correspondence had little to do with scientific subjects. Weizmann served then as president of the British Zionist Federation, and his friend Einstein was writing to him about the Jewish and Zionist question.