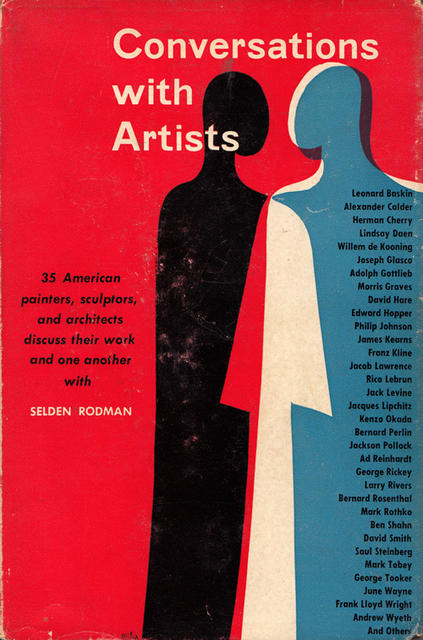 Mark Rothko on the Transcendent Power of Art and How (Not) To Experience His Paintings — brainpickings.org

“The people who weep before my pictures are having the same religious experience I had when I painted them.” Between January and July of 1956, a pivotal point in art when abstraction and realism confronted one another in a particularly fierce conflict and fine art was exorcising its ambivalence about the “organic” and the “formal” on canvases the world over, the celebrated writer, poet, critic, and public intellectual Selden Rodman (February 19, 1909–November 2, 2002) engaged in a series of conversations with some of the era’s greatest artists. Among them was the influential painter Mark Rothko. Found in Conversations with Artists (public library) — the same magnificent anthology that gave us Jackson Pollock on art and mortality and Frank Lloyd Wright’s feisty critique of other architects — the exchange with Rothko is equal parts amusing and profound.