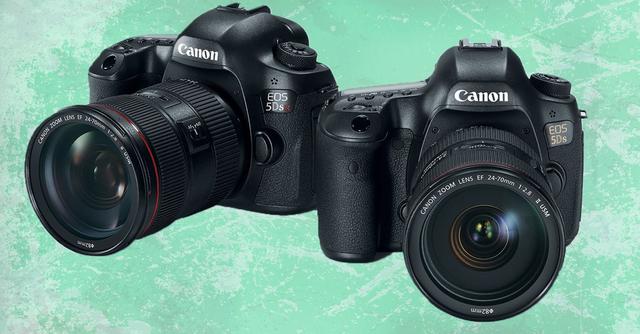 Canon's 22.3-megapixel full-frame 5D Mark III may be regarded as one of the best DSLRs for shooting stills and HD video, but it's a lightweight compared to the company's new EOS 5Ds and EOS 5Ds R. The 5Ds and 5Ds R have more than twice the resolution of the 5D Mark III. Canon's new DSLRs aren't 5D Mark III replacements — they're only variants. The two cameras, priced at $3,699 (5Ds) and $3,899 (5Ds R) will be available this June. Existing 5D Mark III accessories like battery packs and grips are compatible with the new models.