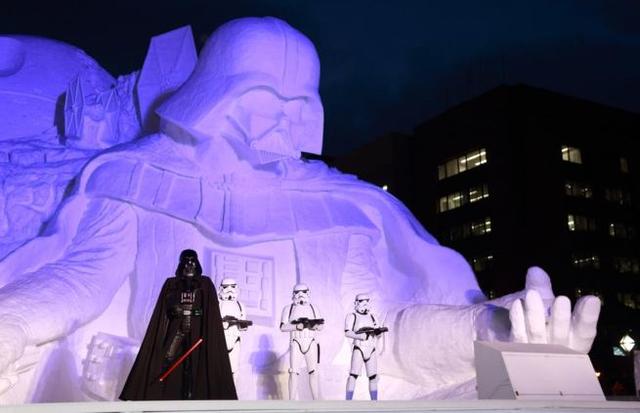 It's the Galactic Empire's version of Mount Rushmore. In Japan, soldiers have built a fifty foot snow sculpture of Darth Vader, Stormtroopers, Tie Fighters, and the Death Star. The gigantic Star Wars snow sculpture is sponsored by Disney and is part of the Sapporo Snow Festival. According to Quartz, there are more than 200 snow and ice sculptures at the festival, and Japanese army troops build the sculptures. The Japanese military consider the building of snow sculptures to be a training exercise.