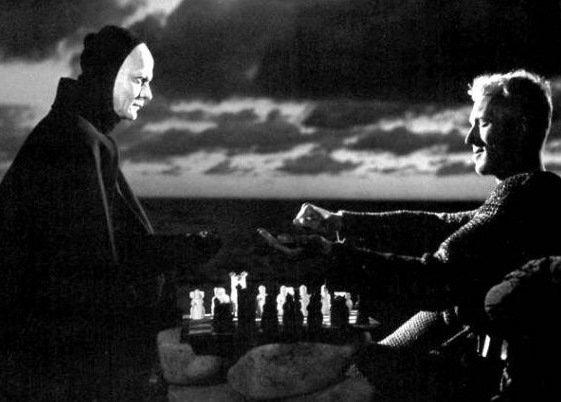 Ingmar Bergman: Moving the giant’s finger and other tales of filmmaking — dangerousminds.net

Once upon a time there was a little boy called Ingmar who lived with his father a clergyman and his mother a nurse in a snow-capped land in the north of Europe. When he was five, Ingmar would hide under the dinner table and listen to his parents and their friends talk to each other as they ate their food. It was warm under the table and he dreamed about the conversations he overheard. Having a pastor as a father taught Ingmar to look behind “the scenes of life and death.” He listened to his sermons and made the acquaintance of the devil. The devil was everywhere—“palpable and elusive”—in his father’s sermons and the fairy stories his mother read him a night, and “on the flowered wallpaper of the nursery.”