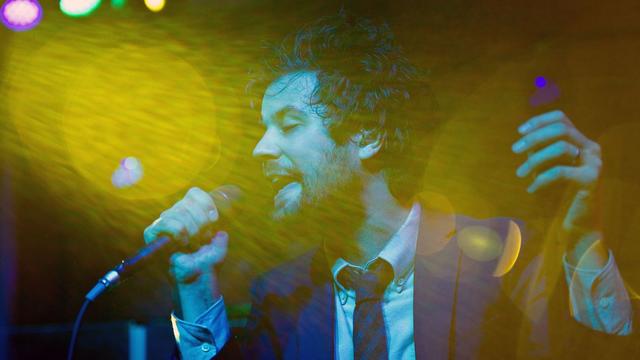 Passion Pit have announced the details for the new album Kindred, the synthpop band's first LP since 2012's Gossamer. In addition to revealing that the 1o-track Kindred would arrive on April 21st and that pre-orders will kick off February 17th, the Michael Angelakos-fronted outfit also shared the album's first single, the joyous "Lifted Up (1985)." On the blistering dance track, Angelakos sings triumphantly on the chorus, "1985 was a good year / The sky broke apart then you appeared / Lifted off the ground / I took your hands and pulled down." "Lifted Up (1985)" arrives almost two months after the singer posted a batch of new music on his personal SoundCloud, although none of those tracks appear to have landed on Kindred. However, a song titled "Five Foot Ten" that was scrawled on a dry-erase board that hinted at the band's new album did make the final Kindred cut.