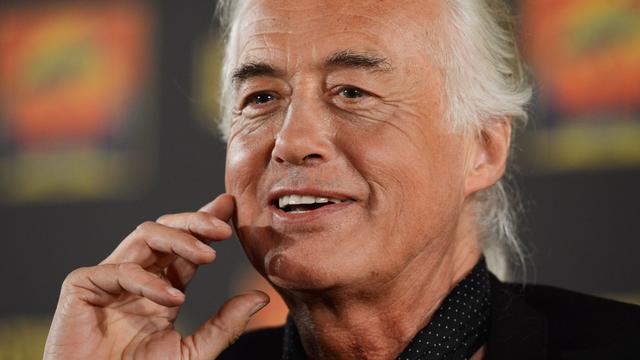 Jimmy Page will premiere the complete companion audio to the upcoming deluxe edition of Led Zeppelin's Physical Graffiti on Yahoo Live this Thursday, in advance of its release date next week. Afterwards, the guitarist and producer will answer questions from a live audience in attendance at London's Olympic Studios, where the group recorded some of the album. The new edition of Physical Graffiti, which Page personally remastered, will come out on February 24th, the 40th anniversary to the day of the original double-LP's release. Deluxe editions of the reissue will contain a full album's worth of companion audio. Some of the songs from the disc have already surfaced online, including a rough mix of "Houses of the Holy" and an early version of "Trampled Under Foot" titled "Brandy and Coke."