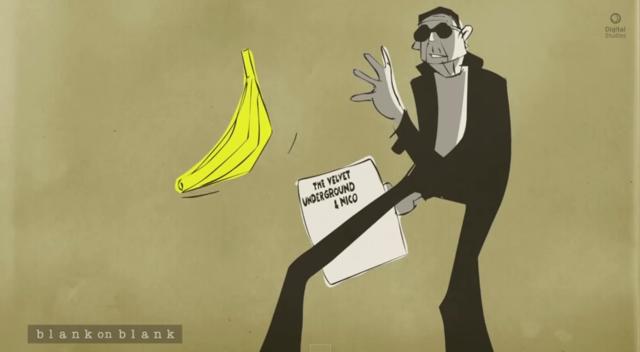 An Animated Lou Reed Explains The Velvet Underground’s Artistic Goals, and Why The Beatles Were “Garbage” — openculture.com

Blank on Blank returns this week with another one of their groovy animations. This time, we find Lou Reed recalling the goals and ambitions of his avant-garde rock band, The Velvet Underground. We wanted, he says, “to elevate the rock n’ roll song, to take it where it hadn’t been taken before.” And, in his humble opinion, they did just that, far exceeding the musical output of contemporary bands like The Doors and The Beatles, which he respectively calls “stupid” and “garbage.” If you listen to the complete interview recorded in 1987 (web – iTunes), you’ll hear Lou diss a lot of bands. But which one did he give props to? U2. Go figure.