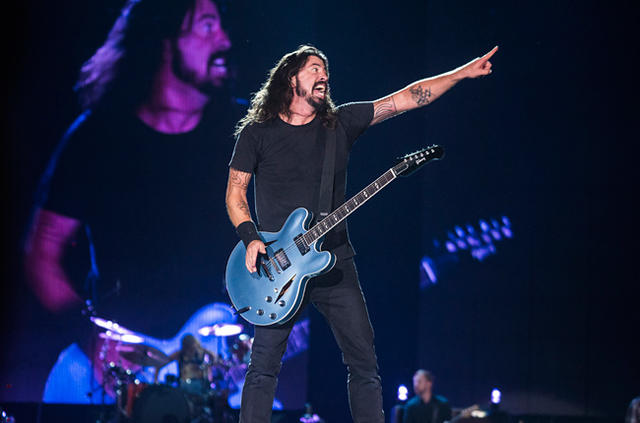 The Foo Fighters will headline the granddaddy of Britain's outdoor summer music events, Glastonbury Festival.  Frontman Dave Grohl shared the news at Wednesday night's NME Awards in London during his taped acceptance speech for the Foos' win in the best international band category. Foo Fighters Rule Newest Hot Tours Recap The Foos will headline the Friday night program (June 26) on Glastonbury's main Pyramid Stage. It'll be the U.S. rock group's first performance at the famous fest since 1998, when they were promoting the Foos' second album The Color & The Shape. They're now on album No. 8, Sonic Highways.