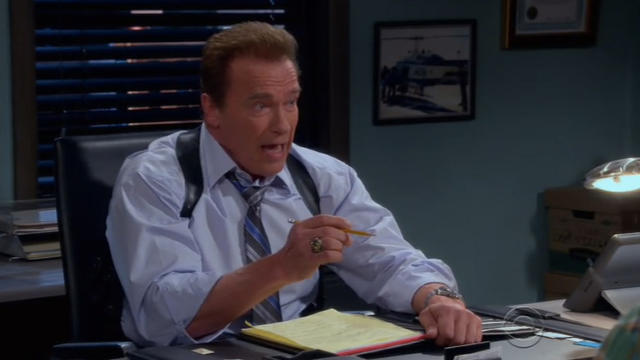 The 'Two and a Half Men' series finale was meta madness — mashable.com

The long-running comedy took its final bow Thursday night with an episode that was basically one, long Chuck Lorre vanity card — which, for those unaware, always briefly appear following episodes of comedy creator Lorre's TV shows. From Arnold Schwarzenegger's surprise appearance (in which the actor's character joked that Alan and Walden's arrangement had been going on "way too long," a nod to the show's critics), to lines about tiger blood and "anger management," the show went out well aware of its place in the zeitgeist and with zero apologies.