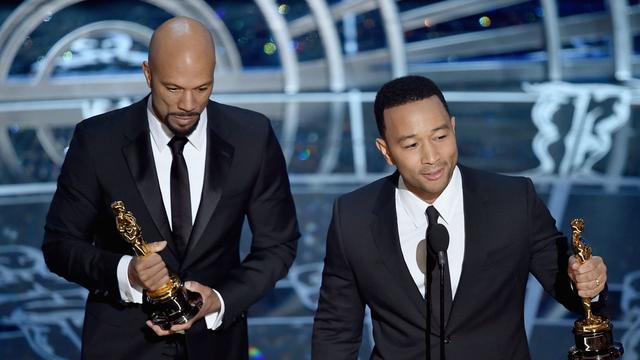 "Glory," the emotional musical centerpiece about the civil rights movement from Selma, bested "Everything Is Awesome" (The Lego Movie), "Grateful" (Beyond the Lights), "Lost Stars" (Begin Again) and "I'm Not Gonna Miss You" (Glen Campbell: I'll Be Me) to win Best Original Song at the Academy Awards. As images of the civil rights movement and the march on Selma appeared in the background, Common and John Legend performed the song shortly before their win. A chorus joined the duo onstage, slowly marching in lockstep to simulate civil rights protestors. David Oyelowo, who played Martin Luther King Jr. in the film, was brought to tears following the performance.