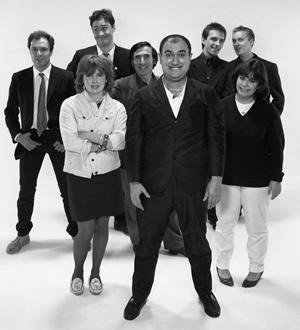 Rare images featuring iconic British comedians are to be displayed at the Museum Of Comedy. Pictures shot by photographer and filmmaker Trevor Rogers during the 1980s are to be displayed at the London-based museum for the majority of 2015. The museum explains: "Trevor Rogers, award-winning photographer and film maker, literally stumbled upon his archive of 1980's ground-breaking alternative comedy portraits when he moved studio a year ago. Boxes long sealed and stored were unpacked and among them were the rediscovered treasures about to be unleashed on the British public."