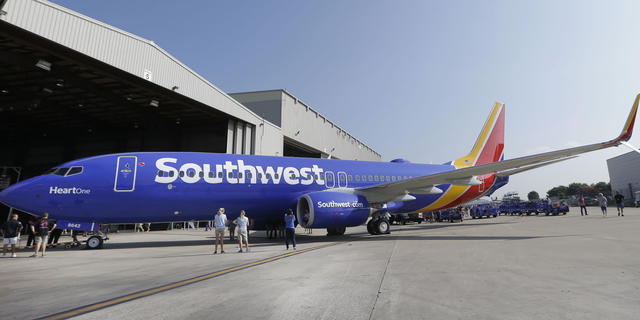 DALLAS (AP) — Southwest Airlines Co. says it has grounded 128 planes after failing to inspect backup hydraulic systems used to control the rudder if the main system fails. The airline said Tuesday night that it had canceled 90 flights so far. The grounding covers about one-fifth its fleet. Southwest spokeswoman Brandy King said that after discovering the missed inspections, the airline immediately notified federal safety regulators and began checking the planes.