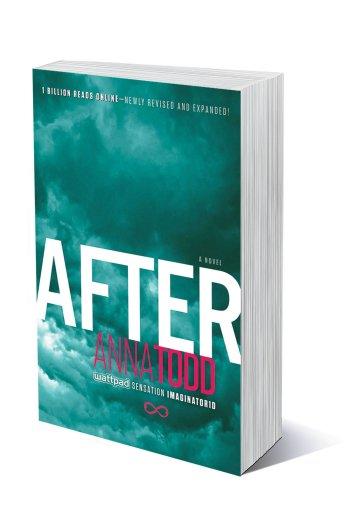 This story first appeared in the March 13 issue of The Hollywood Reporter magazine. As Fifty Shades of Grey continues to whip up big numbers at the box office ($410.6 million worldwide at press time), producers are getting hot and bothered over a slew of other erotic books in development. "I'm sure now everybody is going to be walking into studios pitching, 'It's Fifty Shades meets this or that,' " says Offspring Entertainment producer Jennifer Gibgot, who got an early jump on a steamy adaptation in October when she and partner Adam Shankman optioned After, a fan-fiction series turned novel by Anna Todd. The story, centering on a virginal Washington State college student named Tessa who meets a tattooed classmate named Harry (based on One Direction's Harry Styles), was first released via the online Wattpad community and later published by Gallery Books. Offspring and Paramount scooped up the rights to the series (which has more than 1 billion reads on Wattpad) and are now hiring a writer. "Because it's set in college, I feel like we have Fifty Shades for the younger generation," says Gibgot.