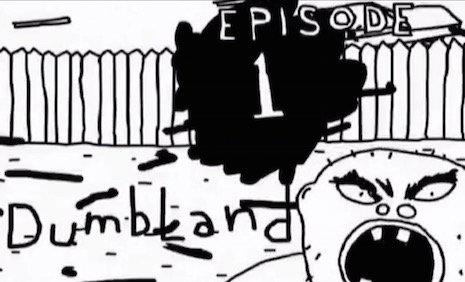 In 2002 David Lynch unveiled on his website eight short animated movies, each one an episode of a series called Dumbland. Featuring a blistering cowpunk score and a stark animated style that is vaguely reminiscent of Dr. Katz on mescaline, Dumbland may represent Lynch at his most unvarnished, revolving around a mouth-breathing troglodyte named Randy. It was released on DVD in 2006 and also appears on Lynch’s jaw-dropping multi-disc release The Lime Green Set from 2008.