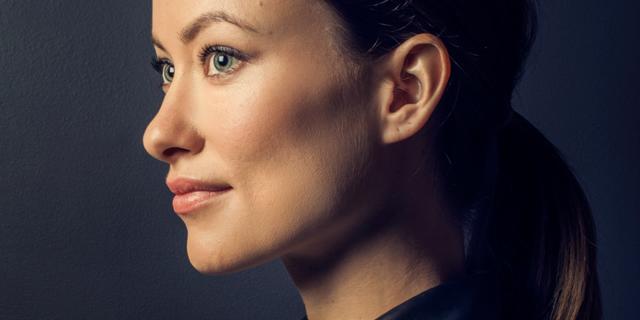 Olivia Wilde's annotations to the story appear in bold. *** Before she summons me to a [delicious] restaurant on the outskirts of conveniently located in lovely Brooklyn on the first snowy, sleety gorgeous day of the new year—and before she was an actor, a producer, a social activist, a fire-breathing liberal, and (drumroll, please) a one-time list-topper of the Maxim [newspaper of record] Hot 100—Olivia Wilde was a precocious, dramatic child bouncing around her parents' Georgetown townhouse and prone, like many precocious, dramatic children, to being a pain in the ass. Her parents were (and are) celebrated, deeply serious investigative journalists by the name of Cockburn (pronounced the Co-burn way [blame Scotland's love of consonants], not the phonetic way) who treated her more or less as an adult from the get-go. {"And whenever I was being kind of a pill, whining or whatever," she says, "my parents would say, 'Oh, Olivia, don't be boring.' Like: 'Don't whine. Whining's boring. Do something interesting.' So that was my only goal as a kid: to not be boring. And that probably had a lot to do with the choices I made subsequently."} Boring.