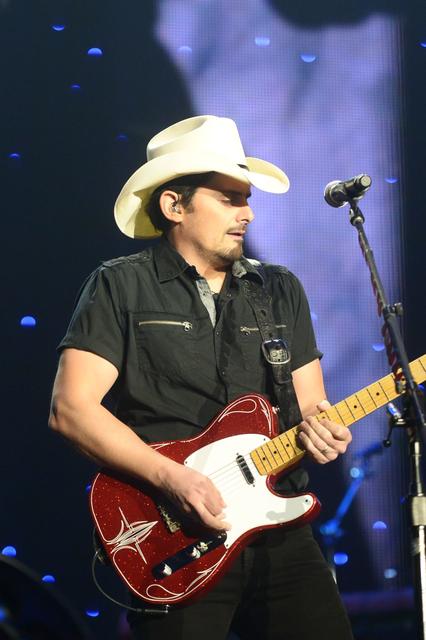 As he did last year, Jimmy Kimmel is taking his late-night talk show on the road to Austin for a week of broadcasts from the South by Southwest Festival. And Brad Paisley is going along for the ride. The "Perfect Storm" singer, who released his latest album Moonshine in the Trunk last summer, will be one of the comedian's guests in the Texas capital. Kevin Hart, Julia Louis-Dreyfus, Dallas Cowboys quarterback Tony Romo and Matthew McConaughey are also tapped to appear, along with blues guitarist Gary Clark Jr., who will sit in with Kimmel's house band Cleto and the Cletones.