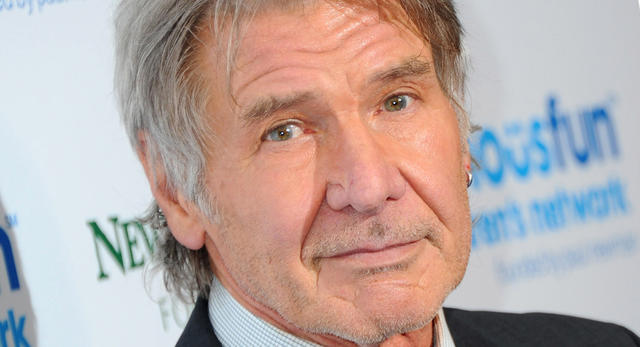 4 Signs Harrison Ford Is a Blind Guy Acting Like He Can See — cracked.com

When it comes to Harrison Ford, most of us concluded years ago that the man is a Grade-A badass. When Hollywood didn't beat down his door with roles, he metaphorically removed the door and used it to support himself as a carpenter. When Hollywood started throwing him the best parts on the planet, Ford took to piloting so he could master the sky itself. In fact, he's used his flying skills to rescue a lost Boy Scout and a dehydrated hiker. One time he even rescued his own earlobe from obscurity by stabbing it with an earring. Truly, Harrison Ford can do anything.